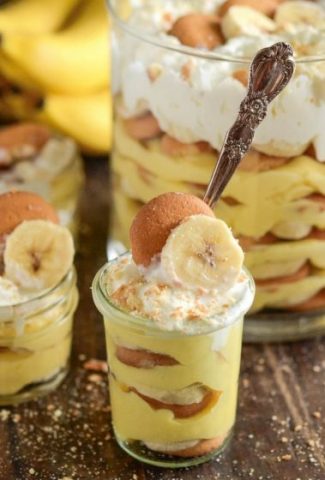 My mom used to make Banana Pudding for dessert anytime my brother visited for the holidays. It was his favorite dessert and it ranks pretty high on my list of favorites as well. We always thought my mom had some secret to her Banana Pudding recipe that made it so darn delicious. It wasn’t until many years later we learned she just used the recipe that is on every box of Nilla Wafers. THAT was her secret!!

Layers of bananas, vanilla pudding, cool whip and Nilla wafers. I’m convinced that the real “secret” is the heavenly condensed milk that is added. Don’t skip out on adding this ingredient. If you have to, get in an extra workout because the calories are totally worth it!