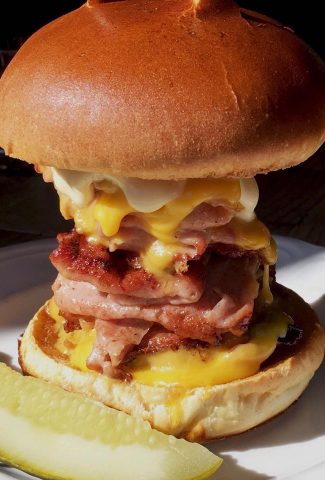 The warmth of the bologna melts the cheese just enough to help hold things together. Although it’s possible to make two sandwiches at once and eat them sequentially, you’ll be happier with the outcome if you fry bologna slices to order, as needed. The warmth and immediacy is what elevates this bologna sandwich meal above cold lunchbox fare.

This sandwich is kicked up a notch by cooking it in rendered pork fat with ooey gooey cheddar cheese and a dijonnaise spread. For an extra kick, add some jalapeño kettle chips.